Published on February 14, 2020 by Sherri Dodsworth under Cape San Blas

Cupid aimed his arrow at the heart of prime beach real estate this week and a lot of lovebirds celebrated Valentines Day by claiming a place at the beach as part of their love stories. We had six sales, all of which were cash deals, and wrote up four new contracts, while sellers added twelve new listings and changed prices on five others. Our inventory grew by three since last we met, closing the week at 292, with 83 homes and 209 lots listed for sale in the Cape San Blas, Indian Pass and C-30 Corridor MLS market.  Let’s see what’s moving.

We’ll start our review of this week’s six sales on the north end of the Cape in Ovation where this irregularly-shaped 0.13-acre lot with 50′ on the road front was under contract with a list price of $199,000. Hard to believe but back at the height of the market in 2005 the developer sold this lot for $697,500.  This time around it went for $200,000, above list, so there may have been some competing offers on it.

Our third sale takes us about another mile down the road to Catamaran Drive in Feather Sound where the parties closed on this 3-bedroom, 3-bath, 1656 square foot second tier home.  It is a great rental property, affords terrific gulf views through out, and includes an in-ground pool with separate spa. Feather Sound has no HOA or HOA fees, and all properties convey with deeded gulf access. The sellers bought it in 2016 for $475,000, have made myriad upgrades since then, and had it listed for $639,000. The new owners picked up the keys on Wednesday for $578,223. 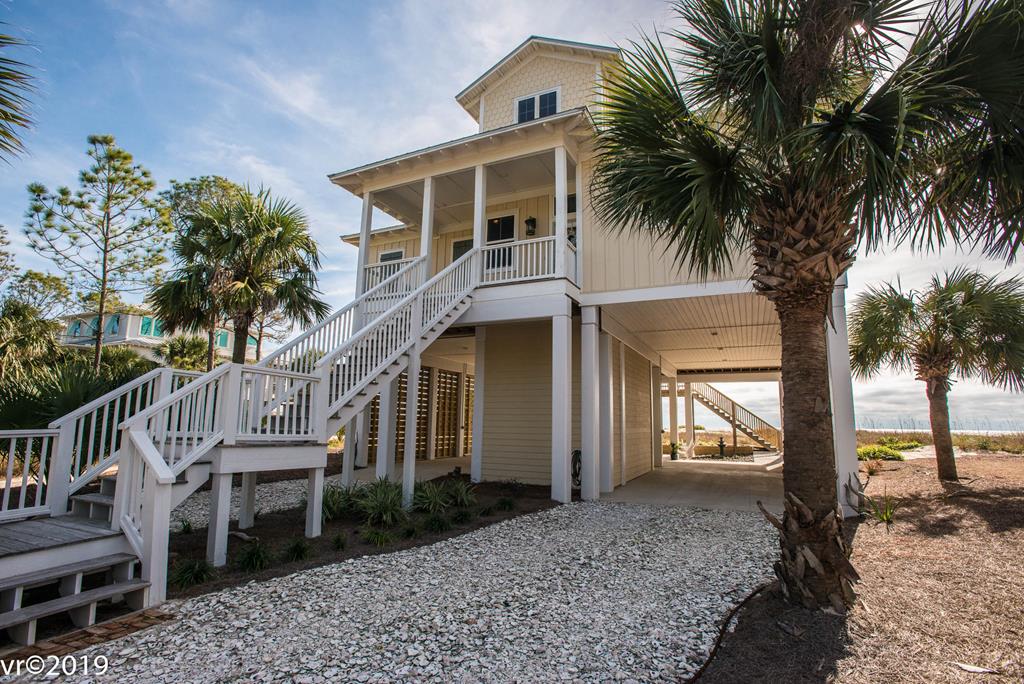 Our sixth and final sale takes us further out on the Indian Pass peninsula to this 100′ by 367′, 0.84-acre lagoon front lot listed for $229,900, which includes a deeded 5′ pedestrian easement to the gulf. The property appraiser’s site offers no significant sales data for the property, so the sellers have apparently owned it for quite some time. On Thursday they bid adieu for $205,000 cash.

Our fourth and final new contract takes us back over to Indian Pass to this 75′ wide gulf front lot overlooking St. Vincent Island listed for $265,000. It’s not located in a subdivision so no HOA fees. The sellers bought it in 2004 for $945,000.

And that’s a wrap for this week. This week’s new contracts prove we still have a super strong demand for houses, so if you own one and have been toying with the idea of selling, let me know and I’ll provide you with a no-fee, no obligation comparative market analysis to give you an idea of what it will likely command in our current market. Call or text me at 850-227-5197 or shoot me an email to [email protected] . Have a great week and thanks so much for taking time to stop by today! Call or text me at 850-227-5197 or shoot an email to [email protected].